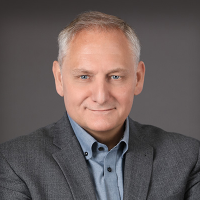 Maury D. Beaulier, Esq., was raised in Kenosha, Wisconsin. Prior to his legal career, he worked as an intern for Congressman Les Aspin, head of the Armed Service Committee of Congress and later appointed as the United State's Secretary of Defense.

Over the past twenty-eight years, Mr. Beaulier has developed a large and active family law practice dedicated to providing each family law client with detailed information about every element of their case. Mr. Beaulier has been described by his clients as "skilled", "aggressive" and "dedicated" to resolving complex and emotionally charged disputes. Mr. Beaulier continues his involvement in complex family law issues which include tribal court issues and appeals. Maury Beaulier has appeared in Nationally Syndicated column by Glenn Sacks and has authored numerous articles on minority shareholder rights, privacy law, construction law, criminal law and family law. As a recognized speaker on legal matters, Mr. Beaulier's media appearances include:
* Air America, Minnesota AM 950 radio on child support issues.
* WBAL Radio in Baltimore regarding child support issues.
* WCCO Radio - Child Support Enforcement Tactics
* National Fox Television Program "Fox & Friends."
* Quoted in an Associated Press Article reprinted by Fox News.
* Debates with Cynthia Brown on WBAL Radio in Baltimore.
* CBS program "Eye on America" with Dan Rather.

Mr. Beaulier's also represents parties in aggressively defending against criminal charges and restraining orderswhere he has been lauded as professional and aggressive often leading to favorable resolutions of client matters without a trial.

In his criminal defense practice, Mr. Beaulier has worked on several high profile homicide cases, successfully seeking the early release of an inmate convicted of murder. Mr. Beaulier's work in the area of post conviction relief was highlighted in an investigative story broadcast on Channel 5, KSTP-TV regarding the innocence of a man convicted of murder.

Driving Under the Influence/Driving While Intoxicated: 16.67%

The LawChamps reviews for this attorney are still being collected. Have you used this attorney before? If so, please write a review.
Click an icon to see more of Maury's reviews

Want to leave a review for this lawyer?